Brands associate themselves with celebrities for the powerful attributes those people should, ideally, bring to the brand itself.

But that power can work negatively, as well as positively.  And in these days of instant sharing–via Twitter, Vine, Instagram, Facebook and more–that destruction can happen in a heartbeat. This topline from the HARVARD BUSINESS REVIEW provides the data: 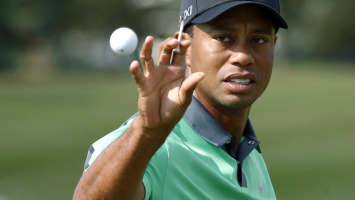 The market value of companies for which Tiger Woods had been an endorser fell substantively after the 2009 scandal in which the golf star was linked with mistresses and admitted to “transgressions” in his private life. In the 10 to 15 trading days after the scandal’s onset, the full portfolio of sponsors lost more than 2% of market value, with losses concentrated among Electronic Arts, Nike, and PepsiCo, say Christopher R. Knittel of MIT and Victor Stango of UC Davis. Moreover, among the competitors of Woods’s sponsors, those with greater numbers of celebrity endorsers fared significantly worse than other firms, in terms of stock-market returns, suggesting that the scandal sent a negative marketwide signal about the risk associated with any endorsement.