Marketers, be warned: The Internet never forgets. Should you fire off an insulting tweet or an offensive burp of ad copy, accidentally or not, people will see it, save it and try your brand in the brutal court of public opinion.

5. IHOP’s inappropriate breast humor falls flat on Twitter
We can’t believe we have to explain this, but here goes: Equating your product to women’s breasts is poor form. IHOP stooped that low last October, when it tweeted out a suggestive image of a centrally butter-dolloped stack of pancakes. Perhaps written by a frat bro fresh out of junior college, it lamely read: “flat but has a GREAT personality.”

The international restaurant chain deleted the tweet amid the swift and well-deserved ensuing backlash. Two hours and one minute after the tweet reared its misogynistic head, the company ate humble pie by tweeting this apology: “Earlier today we tweeted something dumb and immature that does not reflect what IHOP stands for. We’re sorry.” We should hope so.

This fact seemed lost on the athletic apparel retailer when, last May, it issued a T-shirt called “Band of Ballers” depicting the silhouettes of four men erecting a basketball net. The design blatantly recreated the famous photograph showing the U.S. flag being raised in victory after the historic battle. In the wake of a predictable barrage of complaints on its Twitter feed and Facebook page, Under Armour pulled the T-shirt and apologized for the gaffe in a trio of tweets. Still, its public contrition wasn’t enough to keep some customers from boycotting the brand.

3. Bud Light’s ‘Up for Whatever’ campaign is a soberingly offensive downer
The marketing mavericks at Bud Light thought it was a swell idea to position the beer as the perfect beverage “for removing ‘No’ from your vocabulary for the night.” The creepy slogan appeared on its bottle labels back in April (and, subsequently, everywhere on Reddit) because, hey, everyone’s “Up for Whatever,” right? Wrong. Which is exactly what it is to imply that Bud Light is the quintessential brew for turning a “no” into a “yes.”

As our own Carly Okyle astutely noted, the “line speaks less to spontaneous fun and more to predatory rape culture.” Following a thorough trouncing on social media, Bud Light discontinued the label. Then it apologized for the “undisputable facepalm,” as its lead marketer put it, in a statement published on Anheuser-Busch’s website.

Korell’s understandable response was to inform Heinz that the QR mix-up was not OK. “Your ketchup really isn’t for underage people,” he wrote on the company’s Facebook page. “Even if the bottle was a leftover, it’s still in lots of households. It’s incomprehensible that you didn’t reserve the domain for one or two years. It really doesn’t cost the Earth.” 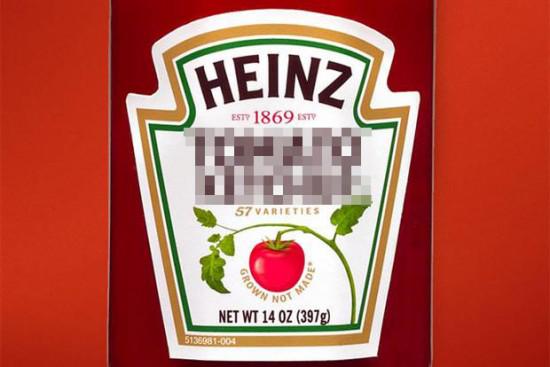 Heinz replied with a terse apology to Korell. Latching on to the the free publicity, Fundorado offered Korell a free one-year membership to its live cams, but not before cracking a crude joke we won’t retell here.

1. A Bloomingdale’s ad creepily suggests spiking your BFF’s drink
Perhaps it was a case of swigging too much nog. Whatever the culprit, a shocking image published in Bloomingdale’s catalog a month ago inexcusably promoted non-consensual alcohol consumption, and, by extension, non-consensual sex. Likely meant as a lighthearted joke, it was anything but.

The picture, which shows a man side-eyeing a woman, eerily reads: “Spike your best friend’s eggnog when they’re not looking.” Understandably, the horrific suggestion — which falls just short of an endorsement for alcohol-fueled date rape — sparked disgust and contempt all over social media. Bloomingdale’s, of course, was quick to do what all brands that publicly screw up do nowadays. It “sincerely” apologized in 140 characters or fewer on Twitter.