Vox populi, vox Dei  is a concept that goes back a millennium, perhaps longer.  “The voice of the people is the voice of God.”   Monolithic companies are still too big to fail (except failing to offer even minimal customer service), but the future belongs to brands that resonate and communicate with their customers.  That reach out, acknowledge mistakes, and treat every customer transaction as if the future of the business depended on it.  Because it does.

Reblogged from Roger Dooley’s article in FORBES.  (And if you’re not following Roger Dooley, this is a good place to start) 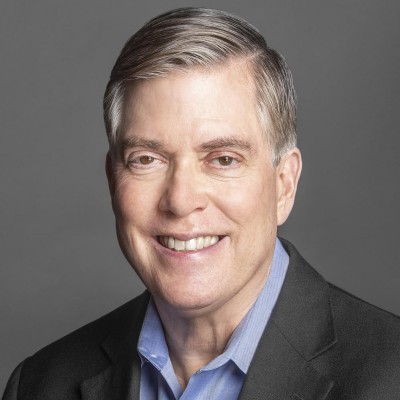 by Roger Dooley for FORBES
There’s not a CMO or CEO on the planet who strives to deliver bad customer experience.

Of course, customers do have bad experiences. And, some firms deliver these negative outcomes with persistent regularity.
With the rise of social media, it has become a lot more difficult for a business to mistreat its customers and still succeed. Author Brian Solis described this changing environment in his book, What’s the Future of Business?.

So when customers can rapidly share their bad experiences, why do some companies survive, and even thrive, in spite of their poor service?

The key factor, in my opinion, is that these firms almost always hold a protected market position. A company that has a monopoly has less incentive to invest in making its customers happy. This is also true for companies in oligopoly markets and those whose positions are protected by laws, regulations, or contracts.

The worst offender list is topped by government offices, which are always a monopoly. Telecommunications, healthcare, utilities, and airlines also make the list. Depending on the customer’s geography, all of those industries are characterized by markets that offer consumers only one, or at most a few, choices.

Cable companies are a great example of semi-monopolies. While they can argue that there are other options for obtaining entertainment programming, for individual consumers they are often the only service with a high-speed connection to the home. This creates a monopoly for fast internet and a major competitive advantage for pulling through entertainment and telecommunications services.

The numbers illustrate what happens when you have a powerful hold on your customer base.

A recent report from the American Consumer Satisfaction Index notes that cable companies and internet providers are the two industries with the lowest ranks for customer satisfaction.

They single out a few firms as being the worst of a bad group:

The ACSI reports huge drops in customer satisfaction for Comcast CMCSA +0.00% and Time Warner Cable TWC -0.56%, following their failed merger. Already one of the lowest-scoring companies in the ACSI, Comcast sheds 10 percent to a customer satisfaction score of 54. Meanwhile, Time Warner Cable earns the distinction as least-satisfying company in the Index after falling 9 percent to 51.

In Is Your Sales Process Costing You Sales?, I related my own encounter with a big cable company. The “retention specialist,” whose job it was to prevent customer defections, was so rude and patronizing that he missed a slam-dunk sale and lost the entertainment portion of my business to a satellite-based provider.

Similarly, last year Comcast was embarrassed when a customer recorded and published a conversation with an incredibly rude call center representative.

How do companies end up with terrible service?

It’s a good bet that executives at these companies would prefer to provide good service and have happy customers. But, without the pressure of competition, there’s simply not enough incentive to improve. If there’s a choice between improving service and making this quarter’s numbers, the numbers will always win. And why offer customers lower-cost choices when that could reduce revenue?

For example, Forbes contributor Ken Kam suggests that even though almost all customers could save money by providing their own cable modem, Comcast makes it difficult for them to do so. (See Comcast: Can Bad Customer Service Be Good Business?)

In these near-monopolistic situations, it’s easier to focus on maximizing profits and building barriers to competition. The big cable companies have been opponents of net neutrality because they wish to favor their own offerings over those of, say, Netflix or Amazon. This flies in the face of what their customers prefer.

The big airlines consistently rank among the most disliked companies. A key reason is that they have found ways to be more profitable while degrading the customer experience. Tighter seats, fewer amenities, slow boarding due to baggage fee-driven carry-on use… the list goes on. While most businesses strive to deliver more value in their products as time passes, airlines have focused on removing value from the product and using it as an opportunity for additional revenue.

Traditionally, one way monopolies spend their money is on currying favor with the political officials that enforce barriers to competition. Comcast, for example, regularly spends $15-20 million annually on lobbying. Consumers, on the other hand, are rarely motivated enough to organize in opposition to these companies.

It’s not just cable companies that strive to build and maintain barriers to competition despite consumer preferences.

Automobile dealers, always well connected in local and state politics, operate with a variety of legal and contractual advantages that shield them from competition. In many areas, they have fought Tesla’s attempt to disrupt their business model by selling directly to consumers.

Taxi firms are regulated monopolies in many areas. Rarely known for exceptional customer service, they have vigorously resisted Uber’s rider-friendly intrusion into their space.

This has been an effective strategy for years. A company’s lobbying and political donations are focused where they will most effectively preserve barriers, while consumer frustration rarely rises to the level of spawning a major movement.

In the last year, we’ve seen examples of how power is shifting to consumers and, by extension, to the firms that earn their love.

Comcast and Time Warner Cable were likely surprised when their merger plans were killed by federal anti-trust regulators. While there were a variety of competitive issues that led to the rejection, it is believed that the abysmal customer service records of both firms were one reason the deal got little support.

Shortly before the deal was rejected, Derak Derakhshani of Consumers Union noted,

“You have two companies with notoriously bad reputations for customer service, looking to become one company that will have even less incentive to address these deep, long-standing problems… [via latimes.com]

Consumers Union was one of the organizations fighting the deal as having negative outcomes for customers of the firms.

The big cable providers have also suffered setbacks in their quest to kill net neutrality.

Rallying customers to the cause

One strategy Comcast and Time Warner didn’t attempt in their various battles with regulators was reaching out to their millions of customers to contact government officials on their behalf.

The combined customer base of the two firms is more than 30 million. Imagine motivating them to contact regulators and legislators to support the company’s initiatives!

It would take vivid imagination indeed to visualize Comcast and Time Warner Cable subscribers turning out to lobby for the firms.

First, it’s hard to make a case that showing any customer benefits from either the merger or eliminating net neutrality.

Second, the possibility of a backlash was very real. The two firms are so unpopular that customer outreach might have mobilized even more opposition.

Indeed, in the battle over net neutrality, the big cable companies didn’t feel much consumer love. It turned out to be payback time for poor service and high prices. According to Battleforthenet.com, consumers flooded the FCC and Congress with objections to the cable companies plan to slow down some content. Millions of FCC comments, emails, petition signatures, and social media posts were logged.
Comcast and other cable firms felt the wrath of consumers in net neutrality fight.

Uber’s situation is in stark contrast to Comcast and Time Warner Cable.

Often, those who oppose it are well-connected and financed. New York, like most major cities, limits competition by issuing a limited number of taxi medallions. These can sell for close to a million dollars. While it’s not clear how consumers benefit from this restrictive practice, it seems to have worked well for the politicians and medallion owners. Companies that spent large sums to get a medallion have no desire to see Uber bypassing that requirement.

In France, protests against Uber by taxi drivers have actually sparked violence.

One might think that the mix of entrenched and often powerful interests that oppose Uber wherever it goes would crush the upstart firm. In fact, Uber’s path hasn’t always been easy, and they have deployed an army of lobbyists to help them navigate local political waters. One of them is David Plouffe, a key factor in Barack Obama’s successful campaigns.

Plouffe is a believer in the power of customers to effect change, sometimes on a large scale.

Plouffe likens customers to campaign volunteers… In an era of low voter turnout, Uber has managed to get almost a million people to sign its petitions in the past year. “Not many private-sector companies have that kind of passionate set of consumers that will go the extra mile,” Plouffe says. In Portland, almost 1,700 people signed a change.org petition to “tell Uber to bring their stylish rides to Oregon…”

… Uber went ahead with its unsanctioned Portland launch, throwing a party in a loft to show, the invite said, how Uber was “proud to call Portland (and all of its rain, quirks, and bridges) home.” Partygoers could take photos with protest signs or stop by a postcard station to “drop a note to Mayor Hales.” Uber canned the kinder motto, #WeWantUberPDX. In the first four hours, more than 7,000 people signed a petition now asserting #PDXNeedsUber. [Via Bloomberg.com.]

Can you imagine Comcast getting a million people to sign a petition of support? Or Yellow Cab starting a successful change.org petition?

Uber hasn’t won every battle, and won’t in the future. But being able to mobilize customers and potential customers has been a huge advantage. Uber users know that the customer experience, from requesting a ride to payment, is almost magical compared to traditional taxi service. To have access to this experience, those customers are willing to go the extra mile to influence politicians and regulators.

These aren’t abstract concepts – the very business model of companies like Comcast is being shaped, in part, by the same customers they alienated with years of bad service.

In contrast, Uber is overcoming entrenched opposition by mobilizing happy customers in its campaign for the right to operate.

Your company will probably never face the legal and regulatory challenges of Comcast or Uber, but delivering great customer experience will still have a big impact.

Your customers may never need to write government officials on your behalf. (I hope you never have to ask them!) But, if they truly like you and your product, they can certainly be persuaded to tell their friends about you… and that’s the best marketing you can ask for.

Roger Dooley is the author of Brainfluence: 100 Ways to Persuade and Convince Consumers with Neuromarketing (Wiley, 2011). Find Roger on Twitter as @rogerdooley and at his website, Neuromarketing.