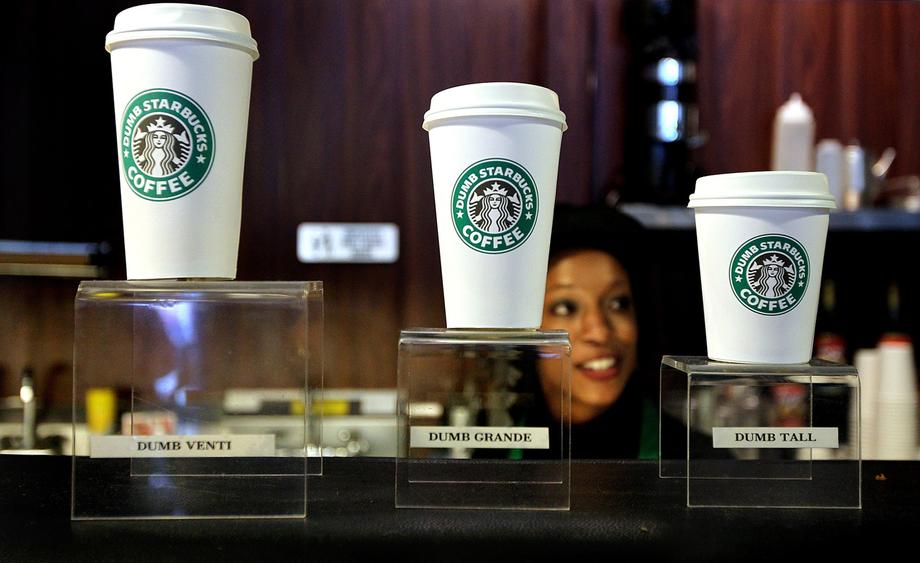 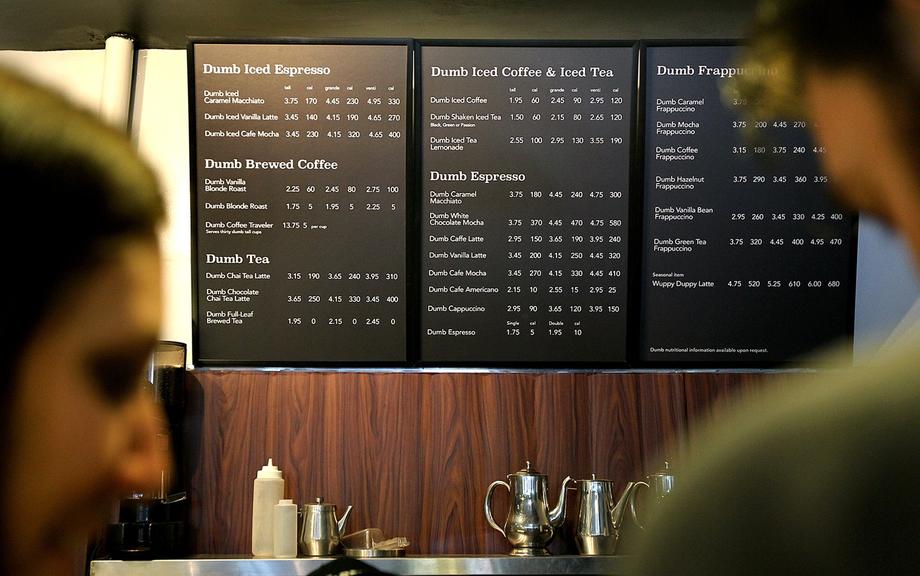 Nathan Fielder has come out as the prankster behind Dumb Starbucks, the parody coffee shop in Los Feliz that saw enthusiastic crowds for its off-label coffee and Vons pastries.

Fielder is the star of the Comedy Central reality show, “Nathan For You.” It’s known for its pranks, usually focused around small businesses. In one skit, he had a gas station owner offer dirt-cheap gas prices for anyone willing to drive up a mountain to drop off a rebate form.

“There have been lines around the block and very few small businesses get that from the start … ,” Fielder told a crowd of reporters when he revealed himself to be the instigator of Dumb Starbucks. 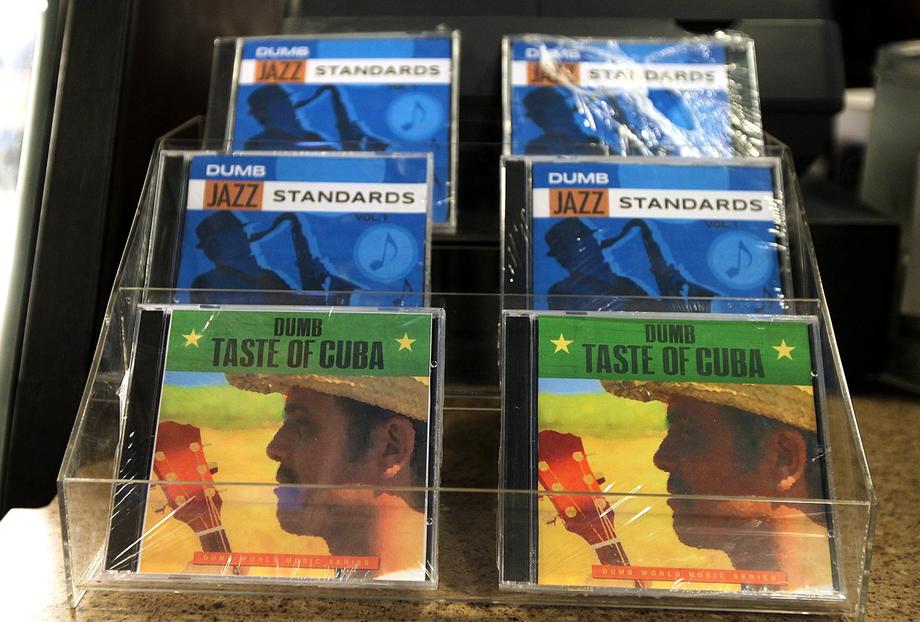 Fielder announced that he planned a second Dumb Starbucks location in Brooklyn.

In addresseing issues of trademark infringement, Fielder said that as long as he was making fun of them – creating a parody – then he is within the law to use the company’s trademark. The Los Feliz store, in a tiny strip mall, had a big sign in front reading “Dumb Starbucks,” and inside were three sizes of coffee cups, all with stickers reading “Dumb Starbucks” and the famous green logo.

The drinks were given away, not sold, and pastries were displayed on shelves, still in their Vons wrapping.

Questions still remain with the legality of the stunt. Earlier today, Starbucks said it believed the store was illegally using its brand.

News of Dumb Starbucks spread Saturday and Sunday after the store quietly opened late Friday. Up through the announcement today, curious patrons stood in lines around the block, waiting hours for a chance to be inside the store.

Reaction to the stunt was mixed with some wondering why so many were willing to stand in line while others expressed amusement at the novelty of the idea. 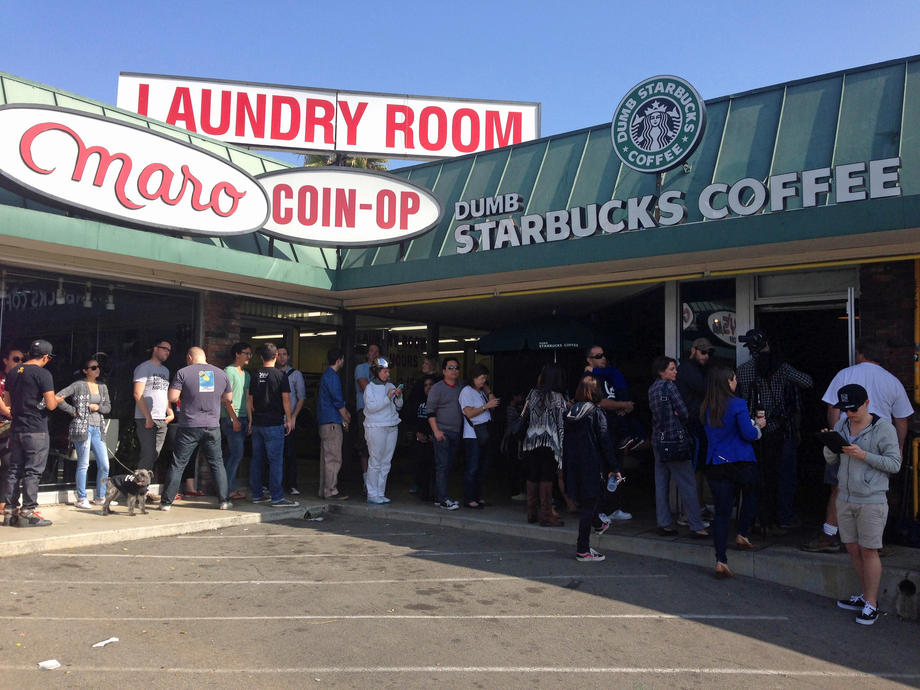 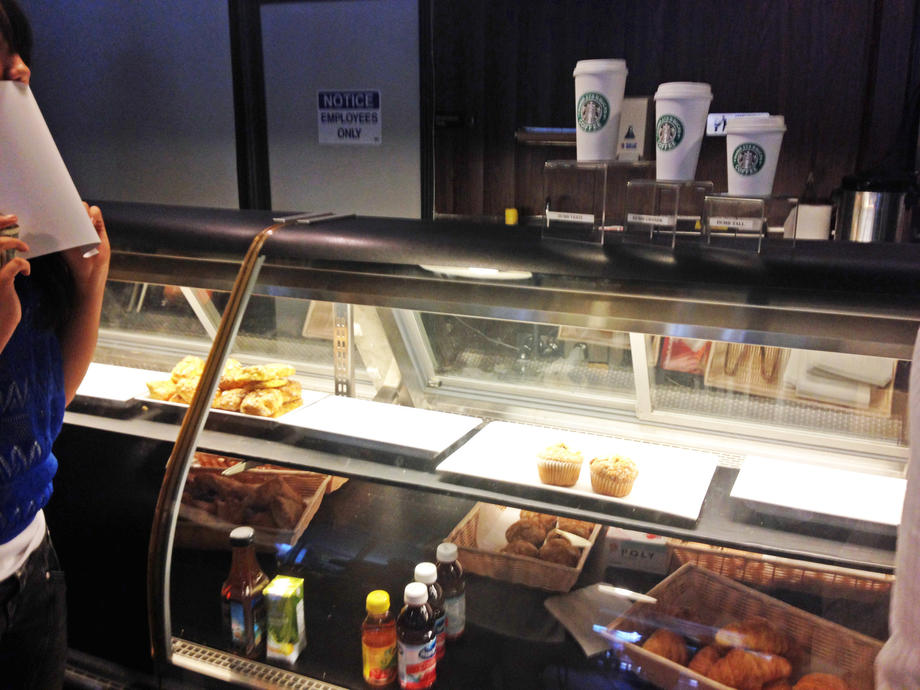