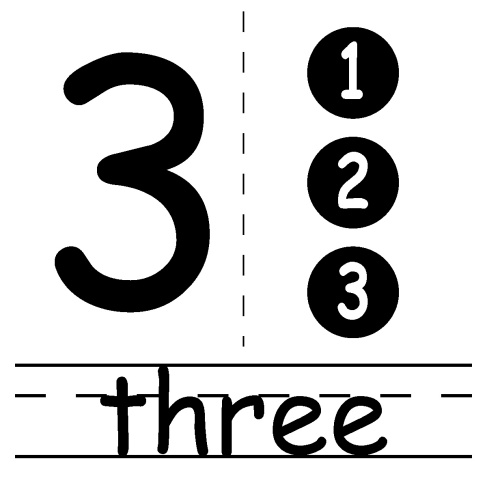 In all my years presenting advertising work around the world, inevitably we’d go with three options.  “The Rule of Three,” one colleague called it; everyone knew it was the right number to go with.  But we never discussed the why–it was just the right–the ONLY–number to present.  Three.  (And the same thing was true when presenting cost estimates for TV shoots, too.)

Now there’s some scientific evidence behind the “Rule of Three.”  Here’s the story from the NEW YORK TIMES.

The Power of Three

Three Is the Right Number for Persuasion, a Study Says

THE GIST When trying to persuade, four claims are one too many.

THE SOURCE “When Three Charms but Four Alarms: Identifying the Optimal Number of Claims in Persuasion Settings,” by Kurt A. Carlson of Georgetown University McDonough School of Business and Suzanne B. Shu of the University of California, Los Angeles.

The world assigns the number three elevated status. Recently, Peter O’Toole, Tom Laughlin and Joan Fontaine died, inspiring a rash of articles citing their three deaths as meaningfully connected. President Obama speaks frequently in sets of three, his “Yes We Can” speech included more than a dozen triples. CoverGirl’s cosmetics are “easy, breezy and beautiful.” Oddly, scant academic research explains the triad’s sway over our lives or the ads we see.

But a new study finds that in ads, stump speeches and other messages understood to have manipulative intent, three claims will persuade, but four (or more) will trigger skepticism, and reverse an initially positive impression.

Put together by two marketing and behavioral-science professors, Kurt Carlson of Georgetown University and Suzanne Shu of the University of California, Los Angeles, and scheduled to run in the Journal of Marketing, the new study is an offshoot of the researchers’ previous paper concluding that three events going the same way three times in a row cause people to believe they are observing a streak when applied to such incidents as coin tosses, basketball shots and stock index movements (or the deaths of legendary Hollywood actors). “You reach maximal streakiness at three events, and we thought maybe there’s a similar thing going on in discourse,” Professor Carlson said.

The new conclusion, that consumer skepticism crosses a threshold at three claims, counters previous research. For decades, a principle called the set size effect held that the more positive descriptors crammed into a message, the better.

But the messages in those studies were not delivered with the same perceived intent as advertising and marketing ploys clamoring for our screen-consumed attentions today. “We looked and we saw that all of the literature had been in situations where the person receiving that communication had no reason to believe that the communication itself might be a persuasion attempt,” Professor Carlson said.

So the professors constructed persuasive scenarios, and gauged the skepticism and attitude of the hundreds of undergraduates reading the descriptions of imagined encounters. The research subjects were told they were being plied by new packaging for a favorite brand of cereal, a friend talking up her rekindled relationship with an old boyfriend, a billboard advertising a local restaurant, a shampoo ad in a magazine, an ice cream store’s signs advertising improvements under new management, or a politician speaking to a crowd of students to whom he or she has given free snacks.

Each message had as few as one or as many as six reasons to buy in. About John, the old high school flame, a hypothetical friend says, “He’s intelligent, kind, funny and cute.” At the fourth word, the subjects’ eyebrows, and skepticism, popped upward. Given four reasons, respondents were more likely to answer that the friend was “kidding herself about how great John is,” than they were to conclude, as they did at three, that “John is a real catch.”

The findings present obvious implications for advertisers and other message-disseminators, and for those of us seeking to enlarge our Twitter following.

The professors acknowledge their study’s limits. For one thing, their paper uses four experiments to make their case, not three. “We’re very sorry, we would have loved to use our own findings, but we needed to answer additional questions,” Professor Carlson said, explaining that they tried to edit four down to three, but sometimes “if you need to answer six questions, you can’t give three answers.”

A version of this article appears in print on January 5, 2014, on page ST5 of the New York edition with the headline: The Power of Three.